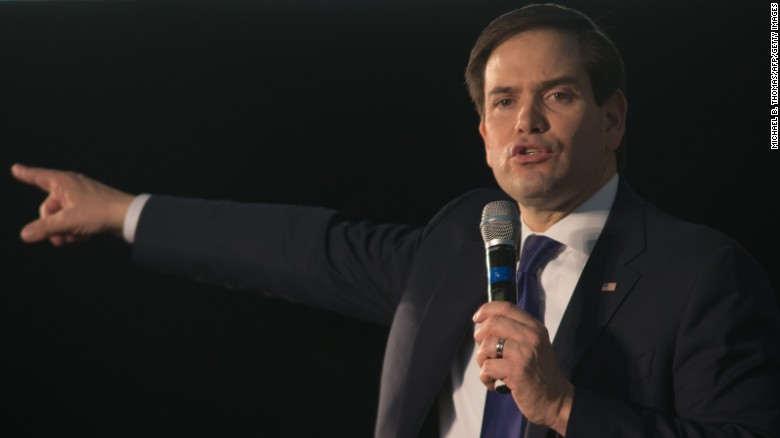 In the past 15 years, the Latino population in Central Florida, a key electoral region, has grown more diverse with a noticeable rise of migration of people from Puerto Rico. They’ve joined immigrants from Cuba, Mexico, Dominican Republic and Colombia along the Interstate 4 corridor.

About 1 million Puerto Ricans live in Florida, according to 2014 census data. And a report by the Center for Latin American, Caribbean and Latino Studies at The Graduate Center of the City University of New York shows more than half a million Puerto Ricans live in Central Florida alone.
In Kissimmee, the majority of Hispanics are from Puerto Rico.
“They come from the big political craziness in Puerto Rico. What I think is they want to just take a break here,” says Luis Figueroa, a young real estate agent who left Puerto Rico nine years ago. Figueroa is involved in politics in Kissimmee and is thinking about launching a bid for a seat in the Florida House of Representatives as a Republican.
“I think that if we unite and we commit to vote, we can change the governor of the state, we change the president of the nation, but if we don’t go out and vote, it’s pointless,” he adds.
Overall, Puerto Ricans are 41% of the Latino population in Central Florida, while Mexicans have surpassed the population of Cubans since 2000. Today, Cubans are about 13% of the population. But despite its growth, the percentage of Puerto Ricans as part of the electorate has not changed significantly. The center’s study shows that Puerto Ricans were 51% of the Latino electorate in Central Florida in 1990 and in 2014, they accounted for 52% of the electorate.
This is because of the decline of the Cuban electorate in Central Florida (from 20% to about 13% of Latino eligible voters between 1990 and 2014) and the influx of immigrants from Central and South America, according to the center’s study.
Read More