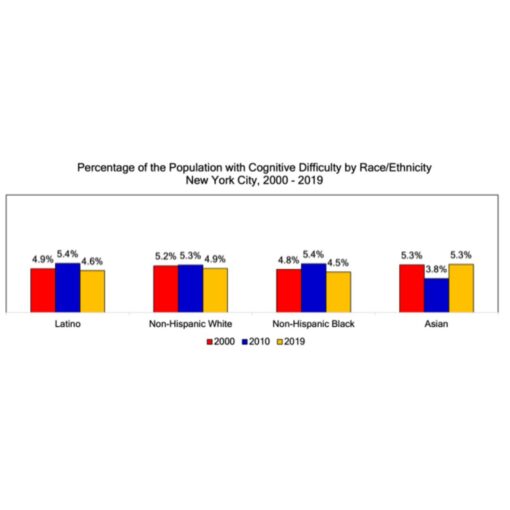 NEW YORK, November 30, 2022—A new report published today by the Center for Latin American, Caribbean and Latino Studies (CLACLS) at The Graduate Center of The City University of New York (CUNY) shows that about 5% of Latinos in the city have experienced cognitive difficulty since 2000.

The report, titled “Cognitive Difficulty in the Five Boroughs of New York City, 2000–2019” and authored by Marjorine Henriquez-Castillo, examines the percentage of people with cognitive difficulty—difficulty concentrating, remembering, or making a decision due to a physical, mental, or emotional condition—among residents in New York City. 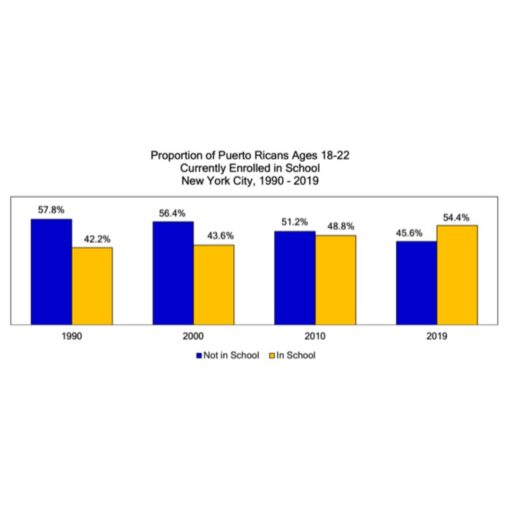 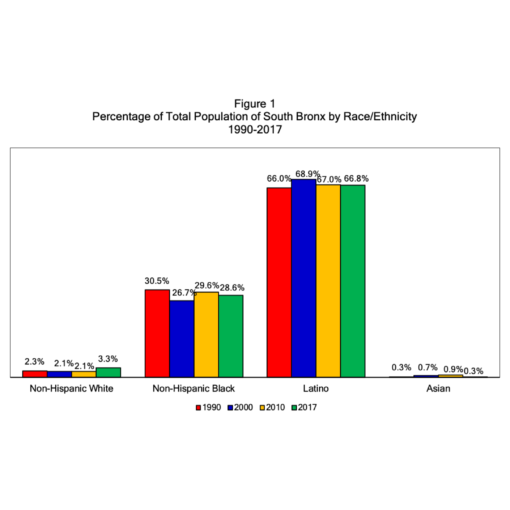